From Caesarea, we drove on up to Haifa, which not just at the foot of, but all over Mt. Carmel, where Elijah took on the 400 prophets of Baal.  (Rory says Elijah was a non-profit).  Well, unlike the others, he was not a FALSE prophet.  Sad thing is, the most impressive tourist spot on Mt. Carmel is the Bahai Temple and Gardens.  Hmm, what would Elijah have to say about that? 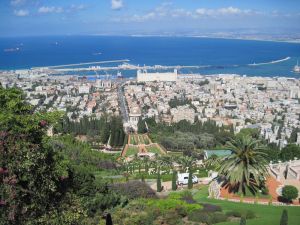 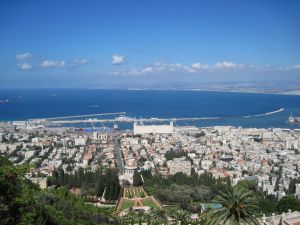 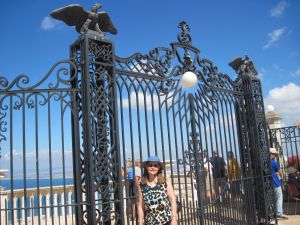 Gate at the Bhai Garden 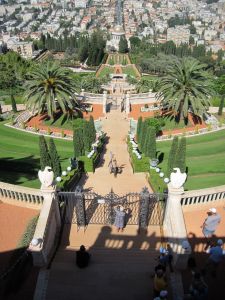 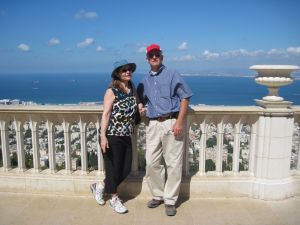 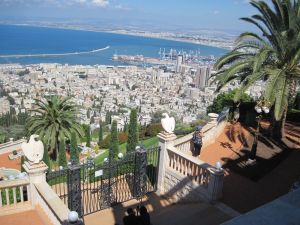 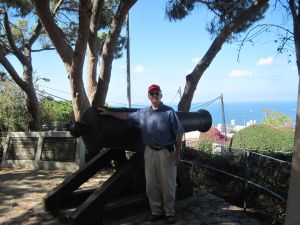 Neal found him a canon. 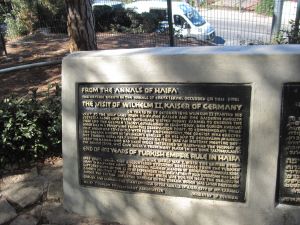 This was beside the canon.  Explains that British General Allenby used the canon to take out the Turks from Haifa.